The boot to the neck of the working class is a recurring theme that is no longer isolated to any one country. It has become a global phenomenon. I’ve been spending most of my time on global and international issues to understand better the propaganda being used by the US government and world leaders. I believe the COP26 was another bubble, just like the last significant astronomical occurrence at this same time the previous year.

This year we have Striketober and the Great Resignation coinciding with rising inflation, a booming stock market, climate chaos, global hypocrisy covered by increased propaganda. It’s almost as if the world is diverging from one of fact and the other of fiction. Spiritual leaders are feeling anxious that more leaders aren’t showing signs of concern. Atlantic rules-based orders are crumbling while the leaders in the Atlantic West seek more control. At the same time, leaders in the East forge multilateral agreements for a new Eurasian compact.

Workers cannot afford these increases. A March poll from Jungle Scout consumer report found that 56 percent of Americans were living paycheck to paycheck. This week, the Federal Reserve announced that US household debt rose to a historic high of $15.24 trillion. This was driven by credit card debt, auto loans and student loans.

Commenting on these developments, CNN wrote, “Now that the stimulus sugar rush has worn off, consumers are going back to their old ways of spending with their credit cards.” Although framed in the callous and indifferent language typical of the US media, this statement points to a basic reality: the modicum of financial assistance that allowed workers to survive amid the pandemic has been ended, and working-class families are forced to pay their surging bills by borrowing.

These are the lower working and precariat class I wrote about years ago who are living on the edge. Those below them are struggling on the streets and in tents if COVID hasn’t wiped them out. If you’ve had to use your credit card to buy food or gas, you are among this class in the world.

The best definition of what is happening in the USA is our institutions and frameworks constructed in the 19th and 20th are top-heavy with economic and political power (he who has the gold makes the rules). This was the framework our Founders used when they wrote the Constitution. It was the oligarchs that would elect their fellow oligarchs to rule over the working classes. Only a privileged few got to vote for the leadership.

It’s why I’ve always said that the words, “We the people, by the people, for the people…” were the most incredible pieces of propaganda written in the USA.

Since Ronald Reagan and Margaret Thatcher, the Atlantic Western empire builders of military and finance have been on a tear by painting the government as the enemy of the people. This mentality caused the intentional shrinking of government through outsourcing government sources to private contractors/oligarchs. The American people were falsely told that the market was more efficient than the government and not as corrupt.

With their ever-increasing power over the economy, the oligarchs now own the media, all major institutions, and government by literally writing policies, bills, and laws that favor them. In addition, they’ve written trade agreements that have neutered countries, so they have complete control over workers, politicians, universities, think tanks, and the media.

The largest banks control the Federal Reserve. You can add the Pentagon and our Intelligence Apparatus (deep state) that Eisenhower spoke about in his farewell speech, then JFK vowed to go after. You might as well toss in the nation’s police departments via their unions; think collective brown shirts in Nazi Germany with judges ruling over the “justice system” not as jurists but as fascists. Wait until the working class rises up again; who will be there to stop them?

If anybody even remotely paid attention to the Kyle Rittenhouse trial, the judge shaped the case from the beginning toward the outcome he desired. It was a full show trial; he might as well have been wearing a white robe with a hood for special effect.

It all sounds somewhat dystopian.

What are the Solutions for the Working Class?

I get versions of this question several times a week. I do know that good people are working on fixing the issue, which makes the oligarchy nervous. You can tell by their response through the media, both actions, and inactions. You won’t get the answers on your couch. Those six-figure mouthpieces on television have been carefully selected to package propaganda and serve it to you 24/7.

The most reliable voices assemble on substack, independent websites like this one, podcasts, videos, and books to keep us informed. Many local citizen journalism groups are forming on Facebook, which will probably be the best method for keeping local governments accountable and organizing up to the state and national level. Of course, they will require funding, but the only way to reverse the concentration of power is via a democracy grass roots movement, originating from two Greek words: people power.

Trust me, you’ll have to be selective once you leave mainstream news media. The watchword here is discernment. Don’t forget, many of the leftist movements have been coopted by the DNC and our Intelligence apparatus. The oligarchy knows the insurgency will come from the left.

We know for sure that this form of extractive capitalism is predatory, as Albert Einstein called it in 1949. Now that it is done with the Middle East, it seems as though the oligarchs are pivoting toward China and Taiwan. The military oligarchs need another war, or their profits stagnate. So their profit model is predicated on wars; they need an enemy. I expect the peace movements and climate justice will bring together millions of people worldwide.

The working class is striking on mass scale across the globe and rejecting many of the corrupt unions contract offers. Workers are ignoring laws making collective bargaining and striking illegal. There are lots of young people quitting their jobs en masse also. This is disrupting the global workflows as we see helpt wanted signs everywhere.

Keep an eye on the Federal Reserve. Our Federal Reserve has been fixated on the creditors (banks) instead of the working class. Our mindset since the 80s has been making the rich happy and wealthy, so they’ll spend their money to propel the economy and increase the number of jobs. The real solution is the opposite – create demand by making the lives of the 99% better off. However, we can’t do that because it’s “socialism or communism.”

The entire US/UK economic system is locked into this crazy upside-down world where the solution is to wake up and reverse direction. That’s hard to do when 99% of the mainstream media is telling you to go the wrong way.

When asked about what the Federal Reserve can do do and why the Democratic President Biden won’t release students from their massive $1.3 trillion in loans, here was part of what Michael Hudson replied:

I think partly it’s what you said. It’s the whole idea that if you admit that you should write down debts when the effect is to help the economy grow and you write down debts that impair economic growth, then people would put economic growth over the welfare of creditors. And that’s revolution. That’s not what our economy is all about. We put creditors first, not the economy. And the very thought of putting the welfare of the people first over the creditors in general, well that’s totalitarianism. That’s a dictatorship. We can’t possibly have that!

So it’s the greed of the creditors and the fact that the creditors are able to control politics and who gets nominated, et cetera, enables them to prevent anything that might shock the assumption that the sanctity of property is really the sanctity of creditors to evict property owners if they can’t pay. It’s really the sanctity of debt. And if you talk about the sanctity of debt, it’s the sanctity of the exponential growth of debt, even when it’s beyond the ability to pay, even when it pushes the economy into a chronic depression. And in fact, what we’re suffering now is debt deflation. And the debt deflation at the bottom, students are experiencing, the unemployed are experiencing, cities and states are experiencing it. The transportation systems are running at deficits. All of these deficits are the savings and the gains and the wealth of the one percent or five percent or whatever you want to call the banking and creditor class.

You should really watch the whole interview with John Jay:

Grow Your Business With These Tips 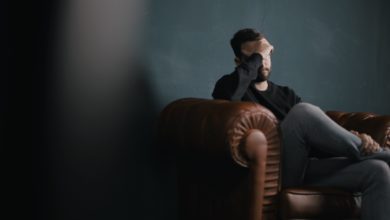 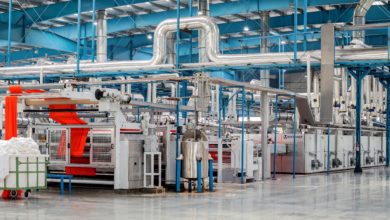 The Importance of Scheduled Maintenance