Muncie, Indiana – Muncie Voice has shared lots of information about how the Oligarchs (ruling class) in our society has used their money to manipulate our democracy. They want you to believe their support of certain non-profit charities means they’re simply good folks using their wealth to benefit society. We know there are wealthy people who do outstanding work for their communities, but there are many others using their wealth to manipulate our country.

If you ask their publicists or public relations directors, they’ll quote prepared lines of text hoping to persuade a local “journalist” from the newspaper to place it verbatim in their article. Here’s one sample of their prepared lines of excrement:

“Koch’s involvement in political and public policy activities is at the core of fundamental liberties protected by the First Amendment to the United States Constitution,” Koch Industries spokesman Robert Tappan told the Post in an e-mailed statement. “This type of activity is undertaken by individual donors and organizations on all ends of the political spectrum — on the left, the middle, and the right. In many situations, the law does not compel disclosure of donors to various causes and organizations.”

There are some newspaper editors who would acknowledge Mr. Tappan’s slick words as rationale for their goodwill, however, not everybody is gullible. I’m sure some newspaper executives even tell their journalists to accept Mr. Tappan’s words without question. While donors of all stripes make donations, not all of them try to hide it from the public as much as theses guys and the several hundred partners. Why?

Tax exemptions are meant for organizations providing a service the government can’t or is unable to offer – “of social benefit”. If you are donating money to benefit society, than most people wouldn’t seek your company out to make threats. You probably would never even talk to a journalist about the money. Philanthropic organizations publish their awards and charity work.

Journalists rarely seek out donors who support worthy causes. Journos will respect your privacy and humility when it comes to performing good deeds. It’s a Christian tradition – acts of helping the poor are what Pope Francis is urging more from the Oligarchs.

However, if your donations are going against what society perceives as “good”, then maybe you should look at your mission statement. Maybe the IRS should look at whether you deserve to avoid paying taxes on donations received, while allowing the donors to write off funds given. If your donations are somehow contributing toward the vast income inequality we are experiencing in the United States, then maybe, just maybe, it’s not all that benevolent.

Also, if your donations are causing harm to specific groups, then they’ll want to know who, what, when, why and where. They’ll ask, “Who is behind all of our aggravation?”. Or, “Why are we being singled out?”.

For instance, if you are funneling monies from your “foundations” to political parties and other organizations who attack unions and/or write laws to weaken unions which directly benefits your for profit businesses, then why should the government award you tax exempt status? Why should other taxpayers subsidize your shady tactics?

The Oligarchs are influencing policies and laws which create “winners” and “losers”. When the economic scales start tilting in favor of one class over another, those getting the shaft ask questions. When there are two distinctly different justice systems, people start to ask questions. When your labyrinth of donations end up harming more people than it helps, there is a good chance someone will end up knocking on your door, or sending you an email.

Here is the effort taken to keep these “donations” private:

“It is a very sophisticated and complicated structure,” said Lloyd Hitoshi Mayer, a University of Notre Dame Law School professor who examined the tax filings of some of the groups. “It’s designed to make it opaque as to where the money is coming from and where the money is going….It would only be worth it if you were spending the kind of dollars the Koch brothers are, because this was not cheap.”

Of course it’s opaque. The Oligarchs are getting death threats and angry people want to blow up their facilities. Anonymous wants to hack their computers. As opposed to becoming more deceitful, this should be a red flag. I mean why would people want to destroy philanthropists who are providing monies to help society? Have you heard Anonymous wanting to hack computers at the Ball Family offices for helping out local non-profits in Muncie, Indiana? Of course not. If they were using their monies to manipulate policies in Indiana which hurt Hoosiers, then folks in Indiana would start asking questions.

The problem is when Oligarchs manipulate society to benefit themselves, of course society will push back. Honestly, what did they expect? They had to know Americans wouldn’t just sit back and be oppressed by the hands of a few wealthy citizens.

So, the Oligarchs have to hide what they’re doing. They create a web of deceit to spread their money and their lies. They buy shills with PhD’s and junk scientists to write phony reports. They buy ads from media companies and make it difficult for journalists to trace who’s buying them.

They use their wealth, power, and influence to bend rule-making for their benefit. The policies which are pushed by bought politicians hurt Americans, but allow more profits for the Oligarchs. They push their ideology on society and then write off their donations to shelter profits – neat trick. As a result of these tax write-offs, individual taxpayers have to pay more for government services, or do without.

Matea Gold with the Washington Post wrote an excellent article recently about the financial web the Oligarchs weave to manipulate society. She mentions the IRS is looking into these donations so hopefully the laws will be changed to stop this behavior, but we know many of their politicians which they helped get in office will fight anything proposed by the IRS.

Many of the “patriot” donations were tracked by the IRS this past year and conservatives went nuts on the IRS, but investigators were doing the job we want them to do – holding tax evaders accountable.

Political activity is not a charitable event. Manipulating society to enhance corporate profits is not a social good no matter how many times your paid shills tell you it does. If you’re finding people want to do you harm, take this as a sign that your stepping on toes – in the case of these ruling class Oligarchs, hundreds of millions of toes. 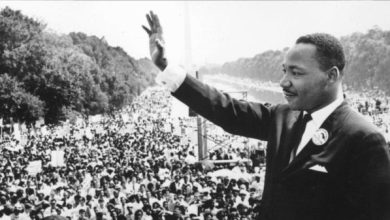 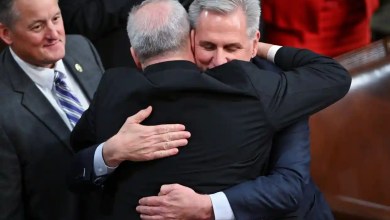 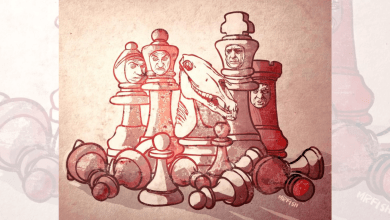