MUNCIE, Indiana – Muncie Voice continues to be a strong advocate for democracy, or people power, especially when it comes to education reform and the current thrust of charters on our school landscape in the name of school choice. Journalist serve the interests of the people – not the interests of boardrooms or shareholders spread around the globe.

For the past thirty years, media moguls have placed journalists under the control of their empires and simultaneously we’ve witnessed the stripping away of democratic principles. It started in our nations capital, but it also happens in our state and local governments. One of our most recent articles discusses how the Oligarchs or Plutocrats circumvent the democratic principles of our founders. These are not philanthropists who are placing money where it’s desperately needed – these are men and women who use their money to shape policy outside of their immediate area. They are intentionally circumventing the democratic process.

I received my masters degree in leadership from Gonzaga in Spokane, Washington. It was an awesome experience and I continue monitoring what is taking place there socially and politically – thus my chering for the Seahawks in the Superbowl. Washington is a liberal state with Seattle on the West coast, while Spokane is on the East coast next to Utah. For three years in WA, lawmakers tried to pass a voucher system for charter schools and for three years it was defeated. Then came 2012 and proposition 1240.

Two scholars named Wayne Au and Joseph J. Ferrare, both with the University of Washington, set out to answer that question:

The purpose of this study is to analyze the network of relations of policy actors surrounding the statewide campaign to pass the charter school Initiative 1240 in Washington State in order to better understand how wealthy individuals and their associated philanthropic organizations influence educational policy.

Some of their findings were amazingly similar to what Muncie Voice, Doug Martin, and many others find in Indiana:

With the backing of both major political parties, billionaire philanthropists, venture capitalists, business leaders, and a growing network of nonprofit organizations and research centers, charter school policy has evolved into a major component of the current education reform movement in the United States.

The professors discovered the same names in Washington that we keep discussing in Indiana: Bill Gates; Walton family; Eli Broad; and a whole host of wealthy philanthropists who use their money and their connections to buy elections or get around the democratic process. Gates has no children in Washington schools and the Walton family lives in Arkansas. Why are they using their money in WA to influence education policy.

The same question should be asked by Hoosiers: “Why are these philanthropists so interested in shaping education policy in Indiana?”

On a Federal level, we’ve got Arne Duncan and the U.S. Department of Education, being supported by Bill Gates in shoving Common Core down our throats, while the Koch brothers, FreedomWorks, and Tea Party are trying to pin Common Core on “liberals” to get their misinformed followers riled up and headed to the polls in 2014.

It’s the same thing in every state who has expanded charters. This isn’t because they want to help our students – they want to privatize public education or the last bastion of pure democracy. Our community school is heading down the path of being owned by corporations. While they starve us out of our homes with austerity measures, they use their fortunes to take over our community school systems one by one.

Don’t take our word for it.

What did the two University of Washington professor’s study conclude:

This study concludes that, compared to the average voter in Washington, an elite group of wealthy individuals, either directly through individual donations or indirectly through their affiliated philanthropic organizations, wielded disproportionate influence over the outcome of the charter school initiative in the state, thereby raising serious concerns about the democratic underpinnings of an education policy that impacts all of the children in Washington State. This study also concludes that elite individuals make use of local nonprofit organizations as a mechanism to advance their education policy agenda by funding those nonprofits through the philanthropic organizations affiliated with those same wealthy elites. In light of these conclusions, the authors recommend that a mechanism for more democratic accountability be developed relative to education policy campaigns, initiatives, and legislation.

These same “wealthy individuals” have an entire block of republican politicians in Washington who have signed a “NO TAX” pledge refusing to allow our federal government to raise taxes on the wealthiest who can obviously afford it causing deep cuts in social programs. Without access to these tax dollars, President Obama’s jobs programs get killed in Congress causing unemployment to continue which is choking the working class. Then unemployed and underemployed single mothers can’t afford to feed their kids allowing them to qualify for reduced lunch programs. School bus transportation gets threatened.

Meanwhile, these 1%’ers are using their idol cash to literally buy our educational system and use the Federal Reserve to pump trillions into banks to allow for the financing of charters across the country and send us the bill. Every one of these Billionaire networks include hedge fund managers, including Mike Pence’s education center (CECI). In fact, once sources revealed the sleazy background of the Democrats for Education Reform (DFER), they dropped the name in Indiana and are reorganizing.

Do you still think it’s a liberal problem? Do you see who the Tea Party’s anti-government rhetoric is hurting? We hate to keep banging the same drum, but this is a 99% problem. Until we figure out that both parties are being manipulated by the same people, we’ll continue fighting against each other while the 1% sits back and laughs all the way to the bank.

The Many Faces of Addiction 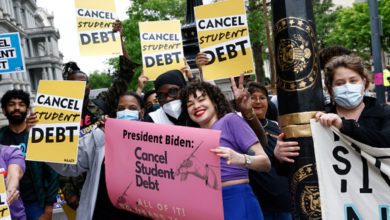 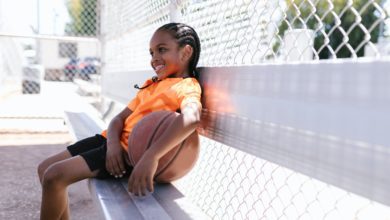 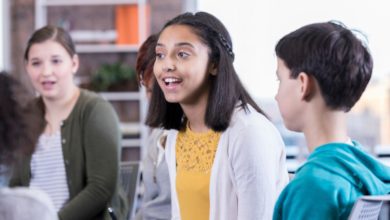