A Tipping Point Has Been Reached for Truth

As a journalist and publisher, whenever I tell people that I am pondering the truth, they remind me that I am referring to my truth. Truth is subjective, but it is also absolute. It is based on my knowledge and experiences to date. What I believed to be true in 2011 about newspapers and journalism when I first started Muncie Voice has changed significantly as I learned more. When I increase my knowledge, my understanding of the truth changes.

The first inclination in discovering the truth is inspiration:

Pyschologists Todd M. Thrash and Andrew J. Elliot have noted these core aspects of inspiration: evocation, transcendence, and approach motivation. First, inspiration is evoked spontaneously without intention. Inspiration is also transcendent of our more animalistic and self-serving concerns and limitations. Such transcendence often involves a moment of clarity and awareness of new possibilities.

As Thrash and Elliot note, “The heights of human motivation spring from the beauty and goodness that precede us and awaken us to better possibilities.” This moment of clarity is often vivid, and can take the form of a grand vision, or a “seeing” of something one has not seen before (but that was probably always there). Finally, inspiration involves approach motivation, in which the individual strives to transmit, express, or actualize a new idea or vision. According to Thrash and Elliot, inspiration involves both being inspired by something and acting on that inspiration.

The Case for a Free Press

I have written about the journalist and publisher of Wikileaks, Julian Assange, before, but my understanding of his case was different, and so was my understanding of press freedom. I was naive. Since our Founders insisted on granting press freedom to journalists, I assumed they would never neglect that responsibility. For a democracy to be functioning properly, there has to be accountability to the people who grant incredible power to their government. Remember, a society of individuals don’t just agree to form a government to care for their common interests like roads, bridges, sanitation pick up, drinking water for the masses, etc. Instead, our government dictates foreign policy and regulates business and industry.

For the people to trust this elected body of representatives, we need a strong and viable watchdog making sure that people (humans with instincts) don’t abuse the powers we’ve granted them. We’ve granted the government powers to hold our captains of industry accountable. Once again, these captains of industry are nothing more than humans with instincts (Thomas Jefferson wrote at length about his concerns.) As humans, we are often capable of using power to oppress others. In a just and equal society, we make laws to ensure this doesn’t happen. We anticipate that everyone will work within their morality of right or wrong, but we have granted courts power to rule over broken laws if they don’t.

Capitalism and the Markets are Regulated by Government

Our chosen economic system was capitalism, but it’s mixed with socialism. Free markets are composed of the natural laws of supply and demand. We have many commercial laws to govern transactions, but most importantly, we grant our government specific powers to oversee corporate power. Government and industry must be separate and distinct entities because the government holds our corporate entities responsible to the people. Once again, all of these entities being formed are for the benefit of a society of individuals. We, the people, come first. The government and corporations serve the people. Yes?

My definition is rather simplistic for our complex world for a reason. We, the people, decided to form a USA society whereby capitalism and corporations ran our economy. For those entities to be and treat others equally, we had a government oversee the marketplace. The people would then elect our fellows to serve at the government level to keep our society moving forward. Some of those elected would oversee the industry sector to make sure they didn’t abuse their power.

Since we bestowed so much power on the government, we need watchdogs to hold our public servants accountable. As we all know, humans have an awful time when it comes to money and power. We use it to oppress our fellow man or our fellow worker, etc. Therefore, we need watchdogs in this public sector. We call them journalists or the free press. These folks were accountable directly to the people. Their role was to keep our public servants accountable.

Our Founders were wise by using all the checks and balances on power because if anyone or any sector gained too much power, they would abuse it like humans do to oppress others. Therefore, the system in place would become unbalanced. Our Founders called this a democratic republic or a constitutional republic – the United States of America. The concept of democracy was a process to materialize over time.

That Vision of Democracy Hasn’t Materialized

Now, we could dig in and get real complex between state and federal rights and all sorts of other arguments to make it more complicated, but this is the fundamental outline of our country as organized by “we the people.” Of course, we didn’t want this organized entity to take advantage of us or restrict us, so we claimed certain rights could not be infringed upon. But, again, this is just a rough outline.

The oligarchy at the time (our Founders) set up this country to be different than the religious monarchy that ruled them. Still, they were also scared of pure democracies or having the people run the country for themselves. So they clamped down and secured this country as an oligarchy and never really let it go.

In 1949, Albert Einstein called us an oligarchy. It was so obvious to him; he wrote a dictum about the problem and the solution.

Do you think it’s gotten better since 1949? In the last decade, I’ve watched our truth-tellers come under attack. Real journalists like Julian Assange, who set up Wikileaks, have been spied on and tortured. Others have been censored from their corporate positions. Those who remain on MSNBC to CNN to NPR all tote the corporate line. They convey the stories differently to their target market, but they don’t challenge the oligarchy. Those charged as spies like Daniel Hale went to prison for telling the truth about US drone warfare, especially the high casualty rates among civilians. 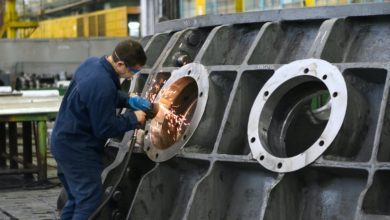 5 Tips on Streamlining Your Manufacturing Company 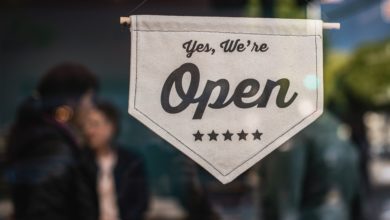 A Small Business Needs These Essentials 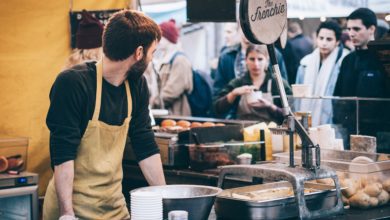 Expand Your Customer Base With These Tips