“Postpartum depression is hard to describe—the way the body and mind and spirit fracture and crumble in the wake of what most believe should be a celebratory time.”

Actress Bryce Dallas Howard wrote those words for a Goop essay in 2010, and despite her admitting postpartum depression is hard to describe, she may have done it perfectly. The reality is, PPD is different for every mother. My own struggle with postpartum depression included weeks of walking around in a “numbed” state. Some women don’t feel a connection with their children. Others absolutely need to rely on the help of their partner, friends, and family.

Because of that, it’s certainly not safe or fair to adopt the attitude that all new mothers are quiet and content. While most moms would do anything for their children, no matter the sacrifice, that doesn’t mean there aren’t struggles. In fact, anywhere from 10-20% of new mothers will experience postpartum depression.

If that’s the case, then why the silence?

It may be due to the fact that some women confuse PPD with the “baby blues”. Or, they feel they can’t open up about what they’re really feeling. So, how can that silent cycle be broken?

What is Postpartum Depression?

It’s important to understand exactly what postpartum depression is, so more conversations can be had. Granted, as Bryce Dallas Howard said, it can be a difficult thing to define. It’s not uncommon to struggle with a bit of sadness and fatigue after giving birth. Many women will deal with the “baby blues”. Knowing the differences between those feelings and the deeper ones associated with PPD can make you realize you might need to get some help.

Some of the most common signs of postpartum depression include:

As you might expect, a lot of guilt can be associated with PPD as well. If you’re worried about connecting with your baby or you think you don’t feel the way you’re supposed to, those feelings of guilt and worry can become even worse. That’s why it’s so crucial to understand the symptoms, so you can reach out for help.

Even if you’re not sure whether you’re struggling with PPD or something else, getting an official diagnosis can be an effective first step in feeling better and forming a stronger connection with your baby.

Why Do Some Women Experience It?

If only 10-20% of new mothers experience PPD, what is the cause? The most important thing to understand is that having postpartum depression doesn’t mean you did anything wrong during your pregnancy. PPD can occur for a variety of reasons, including hormonal shifts, a lack of sleep, or even struggles with your self-image.

Some women may have a greater risk of developing the condition. There are certain factors that can raise your chances, including:

Not feeling supported or thinking you don’t have any help can fuel your depression and make it worse. Maybe you’re a “second shift mother” who has to work all day and take care of your child all night. Feeling like you’re doing it all on your own can make it harder to get help, especially if you feel like there’s no one you can turn to.

You might also feel that people care more about your new baby than you. It’s natural for friends and family to gravitate toward a newborn. While that doesn’t mean they don’t care about your wellbeing, it’s okay to speak up. Alternatively, if you know a new mother, make sure to ask her how she’s doing, or if there’s anything you can help her with.

How to Break the Silence

If you’ve struggled with PPD, then you are the first voice that matters. It’s up to women who have dealt with postpartum depression or know someone who has to speak up. Postpartum mental health needs to be normalized. When it is, it’s likely that more women will start to speak up.

That’s really the only way to end the stigma and to get people to stop brushing off PPD as the baby blues.

For starters, more mental health professionals are needed – especially ones who specialize in postpartum care. Thanks to advancements like teletherapy, mental health care is becoming more accessible across the country. But, because 1 in 5 American adults have experienced a mental health issue, there simply aren’t enough providers to take care of everyone.

That doesn’t mean you should stop trying to reach out. Contact a mental health professional in your area, or join a support group with other mothers who have experienced PPD. When you realize you’re not alone, you’re more likely to become empowered to speak up. The more women who go that route, the weaker the stigma behind this disorder will become. 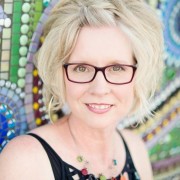