So here’s the question, “Is celebrity culture a good thing, or is it bad for society in general?”

Many people follow celebrities on social media. It’s no secret that some of the most famous artists globally have millions of followers from all over the world. When they do good things, it does inspire their followers to follow suit. They may do something good that can spread a positive message, but what happens when they act recklessly? This negative behavior can be amplified too.

The celebrity culture is a global phenomenon. China’s leaders just cracked down on some of their celebrities for having negative influences. Yet, worldwide, stars have a shocking amount of power in their native countries and cultures. So rather than pick out just one nation, we’re going to look at the culture as a whole.

Who is affected the most?

A lot of celebrities have a relatively young following. The younger generation is who they speak to the most. Whether it’s a singer, actor, or content creator, most of their audience will be people who are below the age of 35. And the biggest group in this will be those who are aged 15 – 30. Many adults who follow celebrities grew up following them, and now, their children may also be following them. So you could have someone who is 40+ with a 20 and under child who now follows the same person their parents do. So who are the celebrities affecting most?

It’s arguably the young. They look up to these artists who have fame, fortune, and significant impact on the world. They may not understand what it takes to get there just yet, but they know that they would like to follow in their footsteps somehow. But how are they affected? It trickles down into clothing, fashion, music, culture, language, and other channels. So you may find that celebs have a significant influence on how the next generation will dress. Parents will one day get requests from their kids to buy them certain kinds of jeans, tops, or shoes. So one could say that economically, the older generation is affected, and the younger generation is culturally affected.

When it turns ugly

There’s little denying that modern-day celeb culture, especially in places like America, can take a turn for the worst. A few young artists, particularly in the music industry, have died very young due to their lifestyle choices. One of them was Lil Peep, who died from a drug overdose at the age of 21. Here are quotes by Lil Peep to show why he may have influenced young people like himself and even younger. Just like the rockers of the older generation who went against the grain of society of the older generation. It’s natural for younger people to challenge the world, social values, and significant decisions that affect everyone.

However, when these young celebrities exhibit substance abuse, wild actions, and downright illegal behavior with such a young following, this can be very dangerous for society. No one wants children taking drugs or dealing with nefarious subcultures. So we have to question, when things turn ugly, will the older generation have a good enough connection to share life lessons and give more guidance to the younger generation, without just trashing everything about their newer, more youthful culture?

Why is this suddenly a big issue?

The simple fact of the matter is, we are more connected with each other than ever. This is because social media has taken over the world. Anyone with access to a phone, tablet, or computer can contact just about anyone around the world. So you have celebs who already have an extensive reach through their mediums, such as film, radio, songs, Spotify, YouTube, and other means, now also have dedicated pages on social media.

You also have the sharing of personal lives, so celebrities are now much more relatable than they ever were before. For example, many people following Elvis never knew what he ate for dinner at any given night, where he was attending holidays, or when he was on the road. Yet now, every celebrity can share something personal about their lives that we would never see before 2010 or earlier. This now means that celebs aren’t just accessible, but they are always accessible. They may reply to your Tweet, they may share something on your timeline, or they may even message you personally. The fourth wall doesn’t exist.

There’s also no denying that celebs can have an amazingly positive impact on the world. So if they are bringing to light specific global issues like global warming, waste plastic in the seas, and animal charities helping dispersed creatures in rainforests, isn’t that great?

These causes would otherwise float by us in an otherwise generic news update. But since our favorite personalities and artists share these causes and talk about them, they become social talking points. They become the lightning rod that starts a conversation. For example, would you have otherwise paid attention to a particular injustice if someone you follow on social media had not discussed it or shared a post about it?

The simple fact is that celebrities have so much reach that sometimes they are the perfect enterprise or springboard on which to launch an awareness campaign. It’s also why so many companies that want attention will work with them, paying them millions to spread their message. So the lines can get blurry at times. How do you tell if a celebrity is genuinely concerned about something, or they are just a talking piece for someone who doesn’t care or know about the topic they are sharing?

Well, celebrity culture can be good and evil, but which side of the fence does it mostly fall on? We think that no one can replace the parents. So children should be given guidance and care by their parents first and foremost. So rather than parents being surprised their child is following a particular trend, they should be one step ahead and notice the things they are into.

Yes, sometimes the younger generation will feel like a class of people separate from the rest of society. But, this doesn’t mean that the older generation cannot relate, for they too were once young and shared the same thoughts and feelings their children do now.

So I guess we’re saying, parents and kids need to understand each other more, but that can only happen when the parents or older generation take the initiative to connect. This can mean you avoid some of the bad things of celebrity culture and enjoy its benefits.

Celeb culture is not going to go away anytime soon. Human beings like to elevate certain types of people as their heroes and idols. This has been the way for thousands of years. The only issue for most of us is, how much should we be influenced by celebs? At what point should we hold them to the same standards we have each other? They, too, can become a separate class of people if society allows it.

The China Shock or Oligarchy 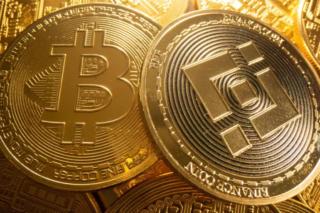 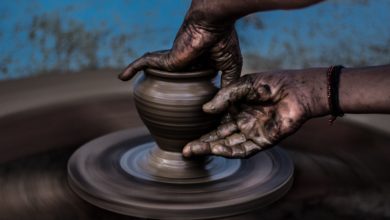