I was sitting in the December City Council meeting when upcoming Muncie 2022 wages were introduced. It was no accident that I was sitting behind the Fire Chief, David Miller; he is family. His recently deceased mother, Betty, was a sister to my stepmom, Joyce. They were raised in what was known as “Shedtown” by Don and Rosella Thompson. My stepmom always says, “We lived in “Boxtown,” but we adopted “Shedtown.”

The blue-collar working class lived in Muncie’s surrounding neighborhoods to the South, East, and Northeast while working in the local factories. Management lived in the sprawling Northwest, which later built Northside High School. This is all part of Muncie’s deep connection to the American Dream and working-class history. Much of it is captured by the Middletown Studies at Ball State University.

The Thompson’s were next-door neighbors to Danny and Tommy Thornburg. I heard amazing stories from my stepmom about those boys. At age six, I moved to Yorktown, and eventually, Danny was my history teacher. He was larger than life to me as a 6th grader.

My favorite story Dan told was when they got in trouble (which was a lot); his dad would storm out of the house and cut a switch from one of the bushes in the front yard. Dan said his dad would walk around the block to cool down, but as soon as he turned the last corner, he could hear the wind whistling over the switch. Dan said both he and Tommy would take off crying into their bedrooms when they listened to that switch in the wind. He said the sound effects and anticipation were worse than the actual whooping they received if they got one at all.

Calculations of the Fire Department Budget

The way we go about calculating the budget for the fire department doesn’t make much sense to me. Aren’t we worried about all the physical structures in Muncie? Some have more value than others based on age and the type of structure. In this calculation, insurance comes into play since you want the structure to be covered for the perceived value.

The total value of these calculations should determine the budget for the fire department. Straight-up math calculations are easy enough to be listed on a website showing a scale of values from the Assessor’s office and run times from the Fire Department, etc. I am sure David Miller could figure out a calculation that makes sense to drive this budget process. He could contact the Assessor’s office and even local insurance industry experts for support.

Of course, every building owner should pay for the fire department. Why should there be any exemptions? Who doesn’t want to protect their property? Do they carry insurance on these buildings? I would imagine that all organizations and people pay for insurance on their property except for the poor, who can barely afford it. Shouldn’t we have a pool for them?

This seems like common sense. The people we elect locally and down in the statehouse should be working together to make changes in this system, so it makes sense and is transparent. Indiana wants to inspire creativity and attract talent, but our models are archaic. For God’s sake, we have a university full of bright people in our midst, but there is no input from them. What progressive information we do get from them is censored – why is that?

When our school system was struggling due to money mismanagement, the state and locals came up with a “progressive solution” of having the smart people at Ball State take over the school system. I’m still trying to figure out how that was done without any compensation to the local taxpayers – it still feels like theft.

Yet, when it comes to paying for the city proper, the only “progressive method” we’ve come up with is a local income tax for public safety. So why in the world are we using income for property value-based taxes?

For example, Ball State University keeps building newer and bigger buildings, increasing the values of Muncie’s properties. Still, they don’t pay any taxes to cover the expenses of our fire department.

If you look at their revenues (which I will be doing shortly), they don’t even look like a public-school system. Most of their revenues are generated by users or students. Students borrow money to attend. How is that a non-taxable event, especially when we’ve commodified knowledge?

Furthermore, higher education acts more like job training for corporations which is part of the free-market capitalist economy. Therefore, they should be paying property taxes. If not, they should at least be paying for fire department services.

From there, you’ve got all the mixed housing for the students. How is that not all paying for fire protection? Even the private sector landlords see appreciation when tuition increases – rent increases the following year. However, for a homeowner living on a fixed salary in the same area, when property values go up, who can they pass along the costs to? Those homeowners have to pay higher taxes for services. Not sure how that is equitable. I also don’t understand how our public officials can pass along those higher costs with higher taxes to an unsuspecting public. It’s also not sustainable for workers, students, or homeowners.

Public sector unions are another issue, but they play a part here. I will address them in another article. Ball State has created a monster that local taxpayers have to pay for at many levels. The fire department budget is an obvious example of how our public officials should form committees to develop equitable ways to collect monies to pay for municipal services. Owners of homes (property taxes) and workers (income taxes) should not give Ball State (the state) the green light to increase tuition every year. It doesn’t make sense, breeds resentment, and unsustainable.

Why would I advocate or support an entity that I believe is receiving special treatment because of their status or politics? When I am on campus, I get the idea our community has money, but I get a completely different impression once I leave campus. I doubt I am the only one who feels this disconnect.

The hired planners tell us we are suffering from “deferred maintenance” in our neighborhoods. This means homeowners cannot afford to maintain their homes. Are you starting to see why that is? How many workers’ or seniors’ income keeps pace with health care costs and tuition?

Unlike landlords, we cannot pass along our higher costs to anybody, so we have to ration our income. There is only so much of it to go around. We’ve been letting the infamous Michael Hicks tell us for forty years that if we are patient and let the rich get richer, that our lives will improve. Do you now see the fallacy of those economic forecasts from the Ivory Tower and bloated egos?

As you can see, when presented with the obvious, it begins to make sense. The problem is that our people from the Ivory Towers, the free press, economic developers, and political bodies were all blowing smoke up our skirts. It’s called propaganda, and it has been the dominant system of communication since WW2. So, instead of truth and honesty, we built a system of lies and deceit to con people from their hard-earned money. It wasn’t sustainable.

The two remaining industries – health and knowledge, which haven’t been disrupted by reforms are given control of our community, along with Jud Fisher, whose family built their fortunes off the backs of workers under the old system. Now, Muncie gets to be the center of change – not because we’re smart – but because we have to design a more equitable solution for members of society. A fair and honest solution will be our primary purpose for this country, right here at the Center of Middletown, USA.

Is Your Home Slowly Killing You? 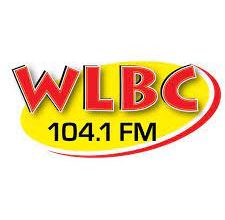 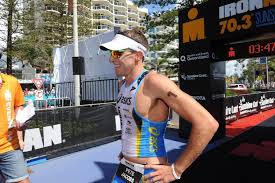