MUNCIE, Indiana – Gallup Wellbeing Index was the first 2013 health ranking or wellness index released this week with the second one due tomorrow morning. In the last decade, Indiana and Delaware County have been bottom dwellers hovering at or near the bottom quintile with states like Ohio, most the south and West Virginia.

For more than 50 years, Gallup and Healthways, in partnership with leading economists, psychologists, and other scientists have been exploring the dimensions of a life well-lived and communicating the results to the nation so leaders can make informed policy decisions.

Based on 2013 results, Indiana moved up from 42nd in 2012 to 40th in 2013. We started at 45th back in 2008 and have moved up slightly, or maybe other states have gotten worse. From a statewide wellness leadership campaign, we’ve seen nothing from Governor Mike Pence, and we saw nothing from his predecessor. Small groups around the state have met to discuss wellness, like in Delaware County, but nothing has materialized programmatically. Employers don’t seem motivated to get involved and neither do local governments.

While there are dozens of trends that have affected the national score since 2008, the three most prominent ones are:

Well-being is more important than ever to our nation, be it for the sake of rising healthcare costs, the health and vitality of our citizens, or the productivity and performance of our workers. Yet, some government leaders and their corporate partners just don’t seem to grasp the importance. A standard rule of thumb is for every $1.00 invested in wellness, a $3.00 return is realized. You would think a 300% ROI would gather the attention of every bottom-line driven CEO and governor, but it doesn’t seem to be the case in Indiana.

While Governor Mike Pence made his first year in office all about making Indiana the number one place to do business, Gallup’s Wellbeing Index reveals our glaring weaknesses across the board. Unfortunately, giving away tax credits and abatements with free buildings is wonderful, but when the human resource manager starts gathering quotes from health insurance companies on policies, or hiring new workers, they are going to find out the costs of our poor rankings.

As Gallup points out:

No one should discount the role that leadership plays in engendering well-being among residents. Be it politicians, corporate executives, clergy, school principals, managers of local groceries, or community activists, a well-informed and active leadership is crucial to a state’s success at building an institutionalized, embedded, and sustained well-being culture. Included within this culture are certain guiding principles by which these leaders should abide, including a shared and uniform definition of well-being, constant and public vigilance in its advocacy, and a clear message that commitment to it in the state will never, ever go away. In this manner, state leaders can fulfill an honorable responsibility to the people they lead and to the communities they serve.

Tomorrow we’ll get the County Health Rankings to see where Indiana and Delaware County rank among their peer states and what other measurements are completed on Hoosiers. 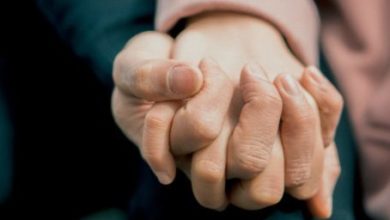