Todd Rokita Did Not Cause Valparaiso to Close Confucius Institute

The Republican Attorney General of Indiana, Todd Rokita, started an “investigation” on Valparaiso’s Confucius Institute several weeks ago which can only be called a xenophobic expedition or full-fledged McCarthyism. After the investigation started, the President of Valparaiso sent a letter to staff and students saying he was shutting down the Institute but not because of Todd’s xenophobic wishes but because of possibly losing funding from the Department of Education.

For some time now, I have given considerable thought on whether we should continue to operate CIVU. A number of factors helped me reach the conclusion to close. First, some members of Congress reached out to the University in 2020 and earlier in 2021, questioning the presence of CIVU. A federal law, the National Defense Authorization Act, already prohibits the Defense Department (DOD) from funding research at any university with a Confucius Institute. DOD funding is not the only federal funding at risk, Department of Education (DOE) funding may also be. Just this past March, DOE funding and Confucius Institutes were intertwined in a bill, S.590, which the U.S. Senate passed by unanimous consent. (Unanimous consent means that no U.S. Senator objected to this bill.) This bill would impose tight restrictions on funding from DOE (other than student financial aid) to colleges hosting Confucius Institutes. A potential cut-off of DOE funding would be devastating to our financial position. This is not a risk we can take.

Many United State’s politicians cannot get over their lack of knowledge about communism and socialism. Maybe when they were younger, they heard it used in the Cold War against Russia. It could be the imaginary bogeyman in their dreams. Other politicians are just shills of the Defense Industry which have pivoted toward China now that the Afghanistan War has finally ended. Rand Corporation has convinced Australia to build a nuclear missile arsenal for their “inevitable war” with China.

As a result of our growing Cold War with China, the Defense Industry has been building a confrontation with China through their think tanks and our State Department. Considering how many US corporations are located in China, along with our intertwined supply chains, it’s almost farcical.

Remember how Trump first praised China for handling the coronavirus but must have been told he was too soft, so he started attacking them repeatedly by calling the virus the “Chinese flu.” He even blamed them for inventing the virus as a bioweapon and releasing it in the USA. This is where Todd Rokita gets his energy – the QAnon nutballs in Indiana have been chasing down one conspiracy theory after another.

Rokita’s office sent me an Op/Ed to publish his investigation and Valparaiso closing the institute. He makes all kinds of wild claims about China and the Confucius Institute:

In essence, through these [Chinese Communist Party] CCP-funded organizations, the CCP is using bribery and extortion to operate a massive PR campaign in the U.S. and around the world designed to conceal its history and malign intentions.

China is not our friend.

As we speak, China is actively robbing U.S. companies of our intellectual property, stealing our patents, and then attempting to replace U.S. firms in the global marketplace using this stolen technology. Moreover, to this day they remain unwilling to allow any transparent investigation into the origins of the China Virus. While hundreds of big, woke corporations, such as Facebook and Google, continue to lecture Americans about “Diversity, Equity, Inclusion, and Accessibility” (DEIA), they have remained silent on China’s gross abuses of human rights, looking the other way while continuing to do business with them.

Rokita must not get funding from Facebook or Google because lots of companies do business with China. In fact, Walmart imports 90% of its products from China. Corporate America has helped build China and other Asian countries into the economic powerhouses they’ve become. Their technology in the semiconductor field is generations ahead of US technology.

Meanwhile, the politicians in the USA have waged a proxy war against Chinese culture by attacking these Confucius Centers. According to Inside Higher Education:

Valparaiso University in Indiana said it would close its Confucius Institute on March 1, 2022 following in the footsteps of scores of colleges that have closed the Chinese government-funded centers for Chinese language and culture education as they’ve come under growing scrutiny from congressional and state lawmakers. A tracker maintained by the National Academy of Scholars identifies 87 Confucius Institutes in the U.S. that have closed since 2014; as of Aug. 13, the tracker identified 38 Confucius Institutes that remained in the U.S., eight of which were planning to close.

Apparently, the sins of the Chinese Communist Party are they don’t want their educators teaching about sensitive historical events which embarrassed the country. Hmm, so China has a “cancel culture” too and whitewashes their history just like the US Oligarchy? We just ended a twenty-year embarrassing war based on lies filled with war crimes, yet we are worried that the Chinese don’t acknowledge their sins.

This is embarrassing conduct from our elected officials started by the Military-Industrial Complex (MIC). All this talk and pointing fingers at China for the exact things we do all the time makes us look ignorant. Accusing Chinese educators and cultural interpreters of using their “soft-power” to indoctrinate Hoosiers and other US citizens is childish behavior in the 21st century.

A Chinese company bought the third-largest producer of pork in the USA; shall we boycott bacon? When are we closing down Walmart stores? When are we telling US companies to leave China? Should we cancel Smartphones?

No, neither the MIC nor the cowardly politicians have the spines to interfere with the Oligarch’s corporate profits — it might disrupt the economy or cause the overly inflated stock market to crash.

Instead, we’re going to bully college campuses and Chinese cultural centers for educating our kids about the finer things in Chinese culture and teach our kids Mandarin because there aren’t enough instructors in the USA who speak the language. We’re going to punish our kids for the fears and ignorance of the adults. They’ll grow up ignorant of the country which the USA helped grow into the largest producer in the world in a couple of years while we portray ourselves as backward and xenophobic. Our collective egos cannot handle globalization, and it’s beginning to buckle under the pressure. We need the adults to step forward and lead this country.

Hit The Ground Running With A New Product Launch 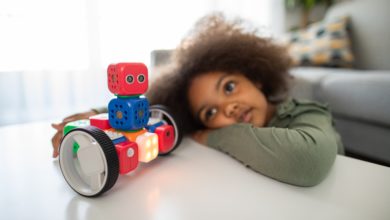 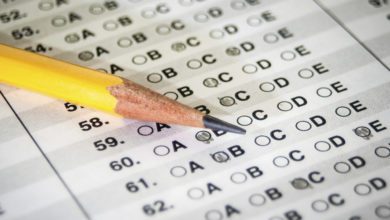