The mid-term elections have now shifted to the advantage of Republicans because they are addressing inflation fears even though their policy recommendations are entirely farcical. Joe Biden’s “spending” has nothing to do with the inflation created mainly by the Federal Reserve or the US Central Bank.

However, when the oligarchy controls the media and spends millions on negative ads, it’s all about who has the better propaganda for their viewers. In this case, it’s the Republican Party. Negative attack ads help when they cast blame for why people are under financial stress, even though the underlying message is 100% bogus. People understand the blame game.

The Central Banks Are Forcing Us Into a Recession

It doesn’t matter whether you are standing in England, Australia, or the United States. We are heading for a recession. In England, they are already in a recession. However, oil companies like BP and Exxon record extraordinary profits, buy back stock and send dividends to shareholders. Aren’t the energy companies driving inflation? Yes.

Both energy and food companies have been gouging customers by raising prices. Despite what our media says, it has nothing to do with the supply and demand of free markets. It is because the oligarchs have monopoly powers over the markets and can raise prices at will. See the chart below used by Rep. Katie Porter to slam home the concept of price gouging:

Well, what does this make workers do? They move to higher-paying jobs (the Great Resignation) or organize to demand higher wages. If not allowed, they strike against their employers. In response, what do the financial oligarchs do? They raise interest rates forcing the economy into a recession. Workers don’t strike or quit their jobs during a recession because they are scared (fear).

The BoE said the economy had shrunk since the third quarter, entering a technical recession that is forecast to last until the first half of 2024. This means that people will lose their jobs and have less money to spend, and businesses will go bust.

The BoE rate increase is set to worsen a so-called ‘cost-of-living crisis’ for millions of Britons. Hikes by big banks will almost certainly see retail lenders push up interest rates on their own loans.

The socialists see it rather clearly:

The last week has seen interest rate hikes by the European Central Bank (ECB), the US Fed and the Reserve Bank of Australia, among others, and now the BoE, all of which have referred to “tight” labour markets and wages.

The inflationary surge is not the result of wage rises—real wages have been cut for more than a decade around the world.

It is the outcome of the refusal of capitalist governments to eliminate the COVID virus, leading to supply chain constrictions, the trillions of dollars pumped into the financial system since 2008, the inflationary impact of the US-NATO war against Russia in Ukraine and the profit gouging and speculation by giant global energy and food companies.

Interest rate rises, inducing a recession, are the key weapon of the financial arm of the capitalist state, the central banks, in waging this war.

Socialists aren’t the only ones catching on. Smart politicians like Katie Porter mentioned above realize that oligarchs with monopoly powers can increase prices at will, and consumers will have to pay higher prices. Before long, all CEOs are raising prices or cutting product sizes – the Dollar Store scam.

What about the Inflation Reduction Act

On the other hand, investment in clean energy products will also create new jobs in the energy sector, thus increasing the supply of clean technology and bringing prices down. A research report by the University of Massachusetts predicts that “over a 10-year period, the IRA will generate an average of about 912,000 jobs per year through combined annual public and private investments at $98 billion.”

The bottom line for workers – as anyone who has ever taken a pay cut knows, there are few things more discouraging than putting in the same amount of work for less money, which is why it’s understandable that inflation is at the very top of many Americans’ list of concerns. However, most politicians and media lie about the causes and the solutions. The tactics of the Central Banks will crush workers once again. The Oligarchs will have to learn that creating win-win agreements will be necessary for this new global economy or face the wrath of an angry working-class mob.

As Jon Schwarz wrote in The Intercept recently:

The Fed sits directly on the fault line generated by the oldest, most fundamental conflict in history: that between rich creditors and working-class debtors.

In any society with huge wealth disparities like the U.S., creditors are always terrified that debtors will get control of the monetary system, print tons of money, and destroy the value of the creditors’ financial assets.

Climate Change: Who Should Pay For Loss & Damage 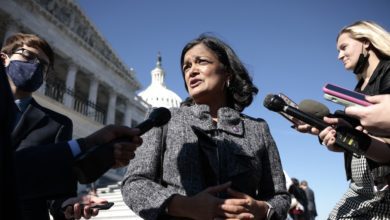