“We have worked exhaustively with other states and Indiana cities, counties, and towns to secure this settlement,” Attorney General Rokita said. “These funds will go toward helping Hoosier communities fight the drug crisis, helping bolster local law enforcement, drug task forces, regional treatment hubs, and other important programs. This is a huge win for Indiana.”

The defendants will start releasing funds to a national administrator on April 2, 2022, and money will start flowing to state and local governments in the second quarter of 2022.

In Indiana, the current settlement structure splits the funds into several segments, amounting to a 50-50 split between the state and local communities.

“I am pleased that 577 cities, counties, and towns, representing 89% of those eligible, have joined the settlement. I extend my thanks to them for their leadership on behalf of their communities,” Attorney General Rokita shared.

But there are large cities like Fort Wayne and Indianapolis and other communities like Shelbyville and Franklin who, on the advice of their outside attorneys, have created an unneeded risk to their residents by not joining the Johnson & Johnson settlement. Those attorneys are attempting to secure bigger fees for themselves, while other similar communities across the nation have been losing in court.

The agreement marks the culmination of three years of negotiations to resolve more than 4,000 state and local government claims across the country. It is the second-largest multistate agreement in U.S. history, second only to the Tobacco Master Settlement Agreement.

Fifty-two states and territories have signed on to the Johnson & Johnson agreement as well as thousands of local governments across the country.

In addition to the funds, Cardinal, McKesson, and AmerisourceBergen will:

Johnson & Johnson is required to:

Attorney General Rokita has prioritized the fight against the opioid epidemic. In February of 2021, he announced a $12.5 million settlement for Indiana with national consulting firm McKinsey & Co. — part of a $573 million multistate settlement stemming from the company’s role in working with opioid companies such as Purdue Pharma. Those funds are being used to support prevention, education, and treatment efforts across Indiana.

3 Valid Reasons Why Your Construction Projects May Delay 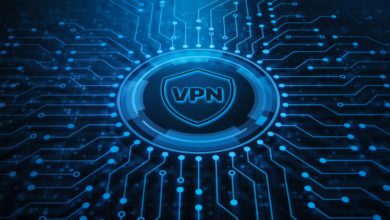