Electric vehicle is constantly in the news at the moment. And that should come as no surprise. Many believe they are essential for protecting the environment and helping the world move beyond conventional gasoline consumption.

The average person still doesn’t know much about electric vehicles. There are still a lot of myths and misunderstandings out there regarding how these vehicles actually operate.

The purpose of this post is to clear up some of the confusion. Here’s everything that you need to know about electric vehicles.

There Are Many Different Types

Most people think electric vehicles are battery packs attached to a motor and four wheels. But it turns out that they are a little more complicated than that.

For regular EVs, that’s a good description. These are purely electric and require a charge in the battery to go anywhere.

Then there are HEVs, PHEVs and MHEVs. HEV stands for a hybrid electric vehicle. These electric cars also have internal combustion engines, which kick in when the battery runs out. Generally, they have better fuel economy than standard ICE vehicles.

PHEV stands for a plug-in hybrid vehicle. They let you charge the battery separately for short trips around town. You use a regular internal combustion engine for longer journeys, sometimes supported by the battery motor.

MHEV stands for a mild-hybrid electric vehicle. The idea is to use an electric engine to take some of the strain off the classic internal combustion engine.

Lastly, you might come across the rare FCEV. This stands for fuel cell electric vehicle. These run on hydrogen and are easy to fill up (as long as you can find a hydrogen station).

Drive Over 400 Miles On A Single Charge

Range anxiety was a real worry for electric vehicle consumers in the past. Prospective owners were worried that their vehicles would have enough charge to get them to their destinations and they’d be left high and dry.

But manufacturers are getting significantly better at adding range to their vehicles. Many models will now drive more than 400 miles on a single charge without having to drive carefully.

Interestingly, electric vehicle power consumption doesn’t vary greatly based on traffic conditions. Most cars use as much energy driving down an open highway as they do in the city.

Electric vehicle drivers constantly worry about depleting their batteries before they get to their destination. That’s why they religiously charge them both at home before they set off and en route.

There are several different types of charging stations for electric cars. Each of them offers a different level of performance.

The most basic uses regular power outlets, like a computer or a TV. You can charge your electric vehicle using this method, but it can take a long time.

The next level up is a little stronger. Public charging stations often offer 240 volts for around 25 miles every hour. Installing these charging stations in your home means you can fully charge most batteries overnight.

Level 3 chargers, the top level, are the fastest option currently available for lithium-ion battery-powered vehicles. These can give you around 100 miles of range in 30 minutes.

You need to be careful with these powerful chargers, though. They might not be suitable for every type of vehicle.

You Can Talk To Your Car

The idea of having a voice chat with your vehicle initially seems strange. After all, most conventional vehicles don’t offer anything of the sort.

However, having a voice-activated car makes a lot of sense when you think about it. Controlling it with your voice means avoiding having to fiddle around with dials and knobs on the center console.

The nice thing about this technology is that it isn’t auto-industry-specific. Rather, electric vehicle makers borrow the technology from the existing software industry. Because of this, standards are exceptionally high, and most vehicles can understand what you are saying the first time around. You won’t need to repair yourself too often.

The upfront price of electric vehicles is high. Typically, they are 40 to 50 percent more expensive than the equivalent ICE vehicle.

There are a couple of reasons for this. But the main issue is the battery. Lithium-ion cells are still expensive, even though prices have decreased considerably over the last decade. And that means that you pay a premium upfront.

However, the long-term costs of electric vehicles are much lower. “Filling them up” costs around a third as much as gasoline. And you don’t get the same maintenance issues that you do with ICE vehicles. EVs continue running for millions of miles, meaning they are very much a car for life.

Many electric vehicles come with tax breaks, depending on where you live. Therefore, you may save extra money here, too.

Electric vehicles have similar safety features to conventional vehicles. Most come with adaptive cruise control, blind spot monitoring, and emergency braking for forwarding collisions. They also have lane departure warnings and lane-keeping assistance. These technologies are available from many of the top car brands.

However, they also have unique safety features that you simply don’t get on ICE vehicles. Smaller motors mean electric vehicles have more interior space, increasing the room for crumple zones.

Moreover, the battery pack usually sits on the vehicle’s floor. This gives EVs an incredibly low center of gravity, preventing them from rolling easily after a collision. If they roll over, it is usually only once. They quickly right themselves at the correct orientation, making it easier for rescue workers to access passengers stuck in the cabin.

Lithium Isn’t The Only Metal In Lithium-Ion Batteries

They might be called lithium-ion batteries, but lithium is a surprisingly small component by weight. Most batteries also contain substantial quantities of aluminum, nickel, and cobalt.

Cobalt is particularly worrying. It has a tremendously negative environmental impact, and companies use children to mine a significant quantity of it. Some car firms are looking for child-free cobalt, but there is a diminishing supply. Most exports come from unregulated countries, like the Democratic Republic of the Congo.

EV Adoption Rates Are Not Uniform

EV adoption rates differ considerably from one part of the country to another. Adoption, as you might imagine, tends to be much higher in coastal areas and less in the middle of the country.

Strangely, though, policymakers are now considering limiting the number of EVs they will let car companies produce. The fear is that too many cars charging simultaneously will put an extreme load on the electricity generation network, making it hard for energy suppliers to meet demand.

Most states currently have tax deals and rebates in place, plus several with trading programs. But electricity providers are worried that these incentives may lead to blackouts since new energy generation simply cannot keep up with demand.

Where savings are available differs considerably from state to state. They may also apply to specific vehicles.

Most EVs Are Easy To Update

Unlike conventional gas-powered vehicles, EVs are incredibly easy to update. You just bring them in range of your WiFi and download the latest patch.

What’s amazing about EV updates is just how much improvement they bring. Upgrades dramatically change the driving experience in ways that simply aren’t possible with conventional vehicles.

Interestingly, a lot of this comes back to the versatility of electric motors. They can accommodate even the most radical updates.

Most EV companies now take a platform approach to their vehicles. Instead of defining a specific list of features, they should have, they leave it as an open question. If new and improved technology comes along, they simply add it to the existing stack.

Lastly, EVs are still greener than ICE vehicles, even if they get their energy from coal power plants. That’s because the process of generating electricity from coal generates less CO2 overall than getting it from regular gas.

Electric vehicles have the potential to transform the world. They will eliminate the majority of city pollution and help to green the planet significantly, particularly if they get their energy from renewable sources.

Smart Ways To Improve Your Hearing 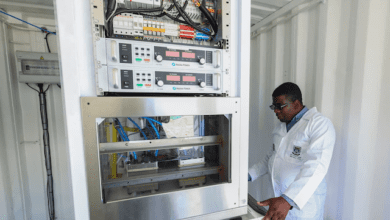 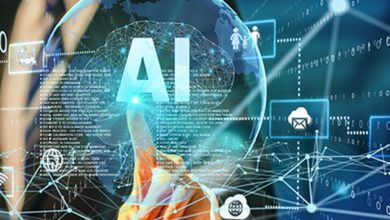 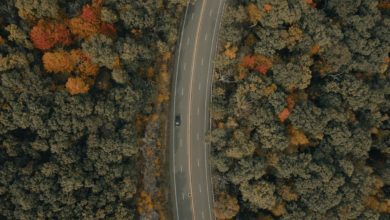 Why are people calling Bitcoin a religion?