Today, medical professionals and laymen alike recognize the importance of preserving mental health when treating the whole patient. Yet mental disorders have a long history of stigma and misunderstanding that persists to this day. Despite its prevalence in modern society, posttraumatic stress disorder (PTSD) is especially notable in this regard.

Officially recognized by the American Psychiatric Association (APA) as a mental health disorder in 1980, PTSD is far from a modern condition. PTSD diagnostic criteria have evolved over the years, and the condition was once categorized as an anxiety disorder. Modern mental health professionals now recognize four distinct symptom types that are indicative of PTSD. These include hyperarousal and drastic changes in feelings and beliefs, especially those associated with a past traumatic event.

All things considered, war is, of course, a traumatic event, so the disorder’s prevalence among veterans is to be expected. But it’s important to note that PTSD is also common among civilians. Any traumatic event in which an individual is threatened with serious injury, sexual violence, or death can cause PTSD. Research further indicates that indirect exposure to a traumatic event may also result in PTSD symptoms and/or diagnosis.

On an annual basis, in fact, about 3.5 million Americans experience PTSD in some form. These individuals run the gamut from survivors of domestic abuse to combat veterans and beyond, and their symptoms can be just as varied. For some people who develop PTSD, the condition manifests in the form of recurrent reminders of the event, such as nightmares and flashbacks. Physical symptoms, including a rapid heart rate and irritable bowel, can also be seen in many patients with PTSD.

Because PTSD symptoms are highly individualized, so are the treatment options used to control and mitigate those symptoms. Keep in mind that not all treatment methods throughout history were effective, safe, or even ethical. Electroshock therapy was widely (and ineffectively) used to treat shell shock in soldiers during the First World War, for example.

In modern times, some patients have found success with treatment methods as varied as trauma counseling and eye movement desensitization and reprocessing, or EMDR. Other veterans with PTSD may turn to the natural world for symptom relief, as they have done throughout history.

Shell Shock, Combat Fatigue, or PTSD: What’s in a Name?

Over the years, PTSD has been given such colorful names as shell shock, war fatigue, and soldier’s heart. In any case, some of the earliest written evidence of psychological symptoms stemming from combat dates to ancient times. In ancient Greece, for example, ancient scholars at least acknowledged the existence of combat-related mental health problems, but treatment and prevention were typically left up to the individual.

It wasn’t until about 1861, around the start of the U.S. Civil War, that the medical community first began to address combat-related psychological problems in an effort to improve the mental health of soldiers and veterans alike. Healthcare professionals of the 19th century didn’t have it easy; modern psychiatric terminology and research were nonexistent, and combat-related anxiety was typically looked on as a weakness.

Yet Civil War battlefields were truly horrific settings, where combat was an up-close and personal endeavor. In light of the battlefield carnage that all but defined the War Between the States, it’s easy to see how PTSD might have plagued countless young veterans. At the time, however, the condition remained nameless. PTSD symptoms exhibited by Civil War soldiers were often passed off as “acute mania,” possibly resulting in a period of hospitalization at an asylum or similar facility. There, rather than receiving treatment or receiving an official diagnosis, many of those unfortunate soldiers simply fell through the cracks.

But the insane asylums of the Civil War era are old news. To determine if a patient meets the criteria for a PTSD diagnosis, contemporary healthcare professionals attempt to identify particular symptoms, and groups thereof. The aforementioned flashbacks and nightmares represent just one of the four so-called symptom clusters that define a contemporary PTSD diagnosis.

Veterans and traumatic event survivors may become extremely jumpy or emotionally reactive and can fly off the handle easily. This behavior may be initially identified by loved ones and medical professionals, rather than the traumatized individual. Conversely, veterans who develop PTSD can become withdrawn and reclusive, as they effectively pull away from anything that reminds them of the traumatic event.

In regards to treatment, the avoidance symptom cluster should stand out as a red flag. That’s because avoidance, withdrawal, and isolation can quickly spiral into suicidal thoughts and ideation. And the unfortunate reality is that veterans are at higher risk for suicide than the general U.S. population, by a margin of about 1.5%. Research indicates that a staggering 20 veterans die by suicide every day, and we can only assume that the bulk of those veterans previously exhibited signs or symptoms of PTSD.

So what can be done to reduce the staggering suicide numbers among veterans and help those living with PTSD to find relief?  According to the Veterans Administration (VA), the concept of trauma itself holds the key to “understanding the scientific basis and clinical expression of PTSD.” And trauma, simply put, is the product of a deeply upsetting or disturbing personal experience.

As such, among various population groups, veterans aren’t the only ones at a high risk of developing PTSD. Interestingly, PTSD is significantly more prevalent among women, by a margin of nearly two to one. This disparity likely stems from the fact that women are much more likely to be victims of domestic violence and sexual abuse than males. Further, certain ethnic groups are disproportionately affected: U.S. Latinos, Blacks, and Native Americans develop PTSD with higher frequency than non-Hispanic whites.

Despite the inherent differences between individuals with PTSD, however, modern treatment methods are fortunately wide-reaching and can be tailored to meet the needs of a particular patient. From the natural world to medical facilities, PTSD patients have sought treatment in nearly every setting on Earth. For some veterans with PTSD, taking on a new hobby, like gardening, makes for an effective treatment method, as well as providing a welcome distraction from trauma-based thinking.

The process of gardening, as well as plants themselves, has plenty of mental health benefits. For starters, tending to a garden can help foster one’s sense of purpose, as well as enhance creativity, decrease stress and anxiety, and boost overall mood. Plants and nature offer a welcome respite from the negative thought patterns associated with PTSD and have been utilized throughout history to treat veterans with PTSD. Horticultural therapy, for example, was first offered to soldiers who had experienced trauma during WWI.

Looking to the Future of PTSD Treatment for Veterans

Yet nature alone may not provide complete PTSD symptom relief, and countless veterans have found success via more traditional methods, including psychiatry and the use of medication. Modern technology has also entered the fray, and various exciting trends are fueling the future of mental health treatment, including PTSD. Veterans can now access healthcare from virtually any location using VR technology and/or telehealth, at any time of the day or night.

We’ve come a long way from simply passing off combat-related PTSD as “hysteria” or a similarly innocuous condition. Veterans can now seek professional help in the management of their PTSD symptoms without fear of stigma or shame. With treatment, veterans may find that their symptoms are drastically reduced or even eliminated over time. 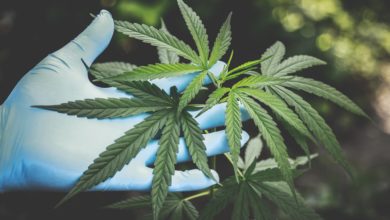 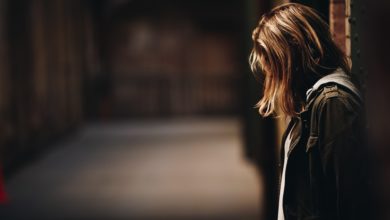 Your Mental Health Does Matter