The FBI contacted the ex-wife of the UNAC coordinator, Joe Lombardo.  They said that they wanted to speak with her about his trips to Russia and Venezuela.  These trips were taken on behalf of UNAC to attend antiwar conferences in Russia and as part of an antiwar delegation to Venezuela to express solidarity with that country against US sanctions and political attacks.  Right before the FBI contact, Joe Lombardo and others also met with the Venezuelan delegation to the UN general assembly at the Venezuelan Consulate in New York.  This meeting was organized by the Sanctions Kill Coalition, which opposes the illegal US unilateral, coercive, economic sanctions against countries such as Venezuela.

This attempt at intimidation comes on the heels of the defeat of the US in Afghanistan, where the US antiwar movement played an important role in building opposition to the US invasion and occupation of that country. These FBI visits are designed to intimidate members of the antiwar movement and to try to gather dirt that can be twisted into false charges.  This is what the FBI did to hundreds of Muslims throughout the country as they tried to build their case for the phony “War on Terror” to gain support for their wars in Afghanistan, Iraq, and other countries. Much of the work in defending these falsely accused Muslims has been done by the Coalition for Civil Freedoms, of which UNAC is a founding member.  The Coalition also wrote a statement in support of Joe Lombardo after the FBI visit.

Another group of antiwar and solidarity activists that have been attacked by the FBI in recent years as those defended by the Committee to Stop FBI Repression (CSFR).  Many of these people had their homes raided by the FBI.  Additionally, an antiwar office in Minneapolis belonging to a UNAC affiliated group was raided.  Subpoenas to appear at a Grand Jury investigating “material support for terrorism” were given to those attacked.  All the people subpoenaed refused to appear at the Grand Jury and to this day, the government has not tried to force them to do so.  This was a big victory and was largely due to the exemplary defense effort waged by CSFR.  CSFR also wrote a statement in support of Joe Lombardo.

Is it possible that the government is making another probe to see if they can charge the antiwar movement with giving “aid to the enemy?”  This was successfully done during World War I.  The government made it illegal to oppose that war.  Letters of antiwar activists were opened by the Post Office and if antiwar statements were found, the writer could be arrested.  Many who were part of the Left were arrested including the leadership and much of the membership of the Industrial Workers of the World (IWW) and of the Socialist Party including Eugene V. Debs, who ran for president of the United States from his prison cell.  Debs was prosecuted under the newly create Espionage Act, which targeted “disloyal” citizens who “attempted to interfere with military progress during the war”.

The Espionage Act was never taken off the books but had not been successfully used since that time, that is until recently when they used it to prosecute Daniel Hale.  Daniel Hale was part of the military’s drone program in Afghanistan.  It became clear to him that the drones were mainly killing civilians, not the Taliban.  So, Hale made that information public.  The government claimed that his information came from classified sources, so he was prosecuted under the Espionage Act and given close to 4 years in prison.  The US does not want the truth to come out.  They don’t want information that contradicts their narrative.  This is also why they are going after Julian Assange and perhaps why they are now going after the antiwar movement.

The question is, with the defeat in Afghanistan, huge strides made by the sanctioned countries and the anti-sanctions movement to oppose the sanctions, and with challenges being made to the political and economic hegemony of the US, are we seeing a new round of attacks on the antiwar movement and those who oppose US imperialism?

There are some lessons that we have learned from the past in defending our movement.  The first is that if one of us is attacked it is an attack on our entire movement.  “An injury to one is an injury to all.”  Whatever our political difference, when one group or member of our political community is attacked, we must all stand together and fight back.

A second lesson that we have learned is that the FBI is not our friend.  Never talk to the FBI.  They are not here to help us, they are here to defend the US government in its wars against the people at home and abroad.  The FBI cannot require you to talk to them unless they get a subpoena from a court and if they don’t have a subpoena, you do not have to talk to them.  If they do have a subpoena, then you are entitled to have a lawyer present.  This is essential.  If you are subpoenaed, you need to have a lawyer.  The FBI has tricked many people in the past who have made innocent statements that have been used against them and others.

If your organization would like to make a statement in support of Joe Lombardo and against the attacks on our movement, it would be most welcome.  Please send such statements to UNACpeace@gmail.com.

Let’s stand together and fight against attacks on our movement. 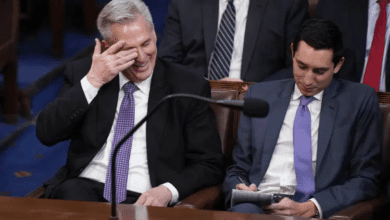